At EPSCO, we know experience matters when it comes to electrical safety. To make
electrical safety training relatable for everyone, we take experience above and beyond
the technical to bring the lessons of arc flash survivors to you.

Brandon Smith is a guy who is like a lot of electrical workers. His father and grandfather
were both electricians, inspiring Brandon to follow their path. He had a natural knack for
working with electricity and launched into the industry right out of high school. Like a lot
of electrical workers, Brandon thought there was no chance he’d ever be a victim of an
electrical accident.

Unlike a lot of electrical workers, Brandon survived an arc flash explosion.
Brandon was a third-year apprentice, on a busy construction site when his accident
happened. He had spent a few years working at an electrical supply company where he
learned enough about PPE and de-energizing to meet the requirements, but it was all
from a book without any real practical lessons. 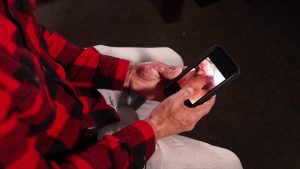 One day on site, the foreman came to Brandon and his buddy with a special assignment
to swap out some transformers. The boss told them it had to be done while the
equipment was live, so production wouldn’t be interrupted. De-energizing would cost the
company too much money. Brandon was on his way up as an apprentice and didn’t
want to say no to his boss. Plus, he’d done tasks like this plenty of times before.
But as he pulled out a loose wire from the box and turned to talk to his buddy, an arc
flash explosion hammered Brandon and set his body on fire.

Brandon wound up with burns so severe he almost had to have his arm amputated. He
had to have over 20 surgeries, was on 25 different pain medications, spent two months
in the hospital, and took two years to recover. He’s had to undergo skin grafts, muscle
grafts, and still feels pain every day.

Even with all that excruciating physical pain, the thing that hit Brandon the hardest was
that if he hadn’t been extremely lucky, he never would have seen his family again. His

wife would have lost a husband. His kids would have lost a father. And the way his
injuries left him he’d already lost his ability to provide for his family.
Brandon’s baby girl was born while he was still recovering in the hospital. He wasn’t
able to see her, hold her, or help his wife with even the simplest things.
Looking back, Brandon knows he made a lot of mistakes on the day of his arc flash
accident. Moving ahead, Brandon hoped he could help others avoid making the same
mistakes.

Brandon realized that if he and his boss had better electrical safety training if he had
been working under an experienced journeyman, and if he had recognized the true cost
of working energized, he could have avoided his accident completely.

EPSCO is proud to make Brandon part of our team so that we can forge ahead on our
mission to make every electrical job site as safe as it can be for every employee. We
know that the cost of working de-energized is nothing to the cost of human life.
We’ll help everyone in your organization — from the bosses at the top to the people just
getting started – understand how hazardous energized work is, and why de-energized
work is the best option. 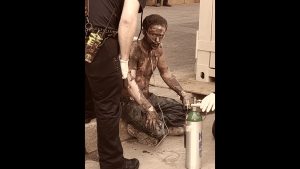 We invite you to watch Brandon’s story. We’re so grateful he’s onboard to share his
experience and make EPSCO electrical safety training even more real.

We completely back up Brandon when he says, “If it’s unsafe and you don’t have the
training, then don’t do it. If you’re worried about your boss getting rid of you, still don’t
do it. It’s not worth it… It’s better, in the long run, to be safe and make it home to your
family than to put yourself in that position.”